love letters in the age of steam 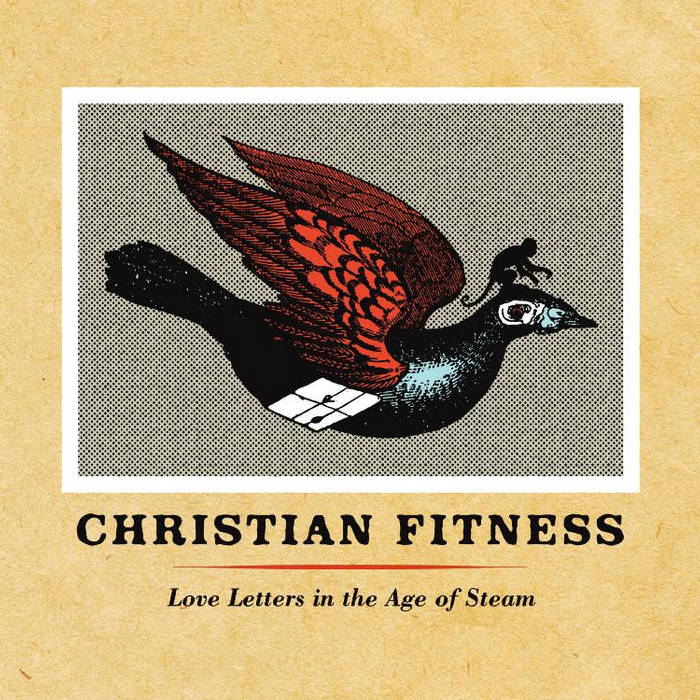 slappedarse Falco's best since "Rock me Amadeus", a crap joke who's repetition amuses me more than it's content.

brilliant album. "the harder it hits" sounds plain dirty, like it's looking you in the eye and playing with itself while you listen to it. Favorite track: who is iron god?.

FatAdam So good you will wish operable tear ducts were an option for the manliest of men. Favorite track: 3 speed limiters.

Nate Christian Fitness' Love Letters in the Age of Steam is a master class in the effort to give catchy music as many spines as possible. Favorite track: who is iron god?.
more...

hello. my name is andrew falkous, and I still play guitar and sing, if that is the right word, in the band future of the left. this is my second album and although I make all of the sounds (with the exception of drums, which were played by the magnificent Stuffy, and my wonderful wife who contributed a wee bassline to the chorus of '3 speed limiters') it is NOT a solo album. Understood? No? Okay, we'll just agree to disagree then, with the caveat that I'm almost certainly right.

On release (12th August 2015) the cds are NOT ready, and will not be until I've made enough from the download to pay to press them (going by the last release, this should take about a week or so), HOWEVER anybody purchasing the cd will receive the download immediately. As usual. I would recommend that you don't buy individual songs but instead give me more money than I deserve for songs that you don't really like. Did I just type that? Yes, yes I did. Hey, it's hot and I'm disorientated.

ps. As usual let me know if you have any questions / download issues (bandcamp has been great so far, so let's see).

pps. Vinyl? I'd love to. No plans as yet though.

ppps. If you want to review the record or play it somewhere just go ahead, within reason. No mash ups unless they're really funny.

most of the album was recorded at home (no knife fights or eviction notices as yet, fingers crossed) and then finished off with Ant Chapman, recording drums with Stuffy at his place (Brixton Hill) and mixing in Ant's second bedroom, with a wall of records providing soundproofing. I am in the debt of both. Mastering was by Sean Magee at Abbey Road. Artwork, I am delighted to say, is once again by Michael Byzewski of Aesthetic Apparatus - as you might be able to notice, we're starting to follow some kind of cr-azy theme.

General thanks? Oh, you know, friends and that, the usual people. Julia, Mike, Matt, Adam, Ryan and Nicky just for starters. My brother pointed out that I was 'shit' which is exactly the kind of motivational talk that he's famous for. Genghis inadvertently wrote the main guitar line for '3 speed limiters' by nosing around the EH micro synth pedal and Bonsai suggested the keyboard part, having more of an instinct for those things.

one 'man'. band. NOT a solo artist. all songs created by imagined multiple personalities, some of which are shy. six records out now. drums by friends, recording by other friends, everything else by this prick. enjoy or get gone. x

Bandcamp Daily  your guide to the world of Bandcamp